China faces a shortfall of gas supplies this winter and the government is exhorting the national oil companies to produce and import more gas whilst at the same time ordering non-residential gas users to consume less gas. This latter measure is in direct contradiction of the recent plan to reduce atmospheric pollution by enhancing the use of natural gas at the expense of coal.

Achieving an appropriate balance between supply and demand is difficult in the gas industry. Production capacity, pipelines and storage facilities take years to build. Unlike the case for oil, the transportation and use of gas is highly reliant on fixed infrastructure that can take years to build. Unless the system has substantial overcapacity, a single disruptive event can cause large shortfalls in supply. Central and Eastern Europe have twice suffered shortages when Russia blocked gas supplies for short periods in 2006 and 2008 on account of its dispute with Ukraine. Falling domestic production combined with an unusually cold winter and a fire at the nation’s only large gas storage facility triggered shortages and a massive rise in prices in United Kingdom in 2006.

The production and consumption of gas in China have both grown rapidly in recent years. In 2012, production was 107 billion cubic metres, a 4% rise on 2011 and double that in 2005. But consumption in 2012 reached 144 billion cubic metres, up 10% on 2011 and treble that in 2005. In the first nine months of 2013, national gas production increased by about 9% over the same period last year, whilst consumption rose by 13.5%. China’s imports of liquefied natural gas have grown by 25% during these nine months in order to meet the growing gap between supply and demand.

Demand for gas always rises in the winter as a large proportion of district heating systems in northern China have been converted from coal to natural gas in recent years. To meet this annual demand peak, the government has put pressure on the national oil companies to boost their supplies of gas over the winter. In response, all three companies have committed to raise their supplies compared to the same period last year: PetroChina by 13%, Sinopec by 10% and CNOOC by 22%. But this will not be enough to satisfy all demand.

The government’s longstanding aim to boost the use of natural gas across the country has persuaded power companies to build gas-fired electricity generating capacity and local governments to encourage industries to switch from coal to natural gas. In order to constrain demand over the coming winter, the government has ordered that priority be given to residential consumers and the transport sector at the expense of power generation and industrial use.

However, the gap between supply and demand is not just a short-term problem. In response to the government’s recent plan to control atmospheric pollution many cities have already draw up ambitious fuel-switching plans which will accelerate the consumption of gas. For example, Beijing expects annual gas demand in the city to double between 2012 and 2015 to reach 20 billion cubic metres. As a result, the mismatch between supply and demand is likely to persist well beyond the current winter. In response, the central government is trying to persuade local governments to tighten their approval procedures for new gas-fired plants and to ensure that gas supply agreements are in place before the plants are constructed.

This will not be the first time that China suffers from seasonal shortfalls in gas supplies and, no doubt, the announced measures will ensure that households are kept warm. More worrying is the continuing recurrence of medium- term mismatches between supply capacity and demand. In the late 1990s and early 2000s, when gas production and pipeline capacity was growing rapidly, many cities, such as Beijing and Shanghai, were slow to build the capacity to use this gas. A few years later, electricity companies were building power stations that did not receive any gas, a situation that is now recurring.

The source of these problems lies in a combination of the continuing rapid growth of both production and consumption of natural gas and the mix of market and administrative instruments used to govern the gas industry in China. On the one hand, policy rhetoric and plans from the central government are encouraging local governments, industries and power companies to switch to gas, in order to reduce atmospheric pollution. On the other hand, gas prices have been insufficiently high to incentivise the national oil companies to accelerate their production and import of gas. This tension is exacerbated by the mismatch between the time required to construct gas consumption capacity and the longer time, higher capital costs and risks involved in the exploration and production of gas and in the construction of gas import infrastructure.

In a truly planned economy, it might be possible to coordinate investment along the full supply chain. In a market economy, with companies facing hard budgetary constraints, investors at all stages along the supply chain are generally very careful to reduce the risk that they are left with underused capacity. But China’s gas sector lies uncomfortably stranded between the plan and the market. As a result, investors along the supply chain are receiving confusing signals and run the risk of financial losses. Further, the efforts to accelerate domestic production in the short-term may damage these gas fields and reduce their long-term productivity. 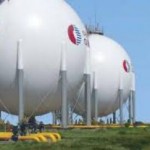