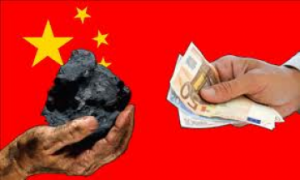 China’s government has pledged to reduce carbon emissions intensity by 40-45% between 2005 and 2020. This will require an equivalent reduction in energy intensity. Between 2005 and 2010 the government achieved considerable success in reducing energy intensity by 19% against a target of 20%. The intensity of carbon emissions from energy fell by a similar amount. This was accomplished principally through the application of traditional administrative policy instruments on heavy industries such as steel, cement and chemicals which are mainly state-owned.

But what works for a limited number of energy-intensive enterprises is unlikely to be effective across the whole economy, not least because of the sheer number of enterprises many of which are privately-owned. Therefore, the government sees it as necessary to introduce economic instruments to act alongside the regulatory instruments.

The Draft Law on Addressing Climate Change, published in May 2012, includes mention of both cap-and-trade schemes and a carbon tax. In April of 2013 the National Development and Reform Commission announced that seven pilot emission trading schemes would be launched in 2013 with a focus on energy intensive industries such as petrochemicals and power generation. The even more energy-intensive industries such as steel and cement do not appear to have been included, probably because they are critical for the construction sector and employ so many people.

The pilot schemes are to be held in five cities and two provinces. The first was launched in Shenzhen in June 2013. November and December saw Beijing, Shanghai, Tianjin and Guangdong Province follow, and Chongqing and Hubei Province are expected to launch their trading schemes early in 2014. In total, these markets will cover more than 700 million tonnes of carbon dioxide, or 7-8% of the country’s total energy-related carbon dioxide emissions. These seven experiments are a first step towards building a nationwide scheme in 2015 or 2016.

The local governments in each of the seven locations have the authority to design the trading schemes so that they are suitable to local conditions and to allocate the permits. Such an approach allows the local governments to choose options which are less likely to have serious negative impacts on the local economy. It also carries the risk that local governments will allocate permits in excess of the number required, as has happened in Europe. Two features common to the schemes launched to date in China are that the permits are issued on the basis of emissions intensity rather than on absolute emissions and the permits are issued free of charge. Guangdong was an exception in that 3% of the permits were auctioned. If an enterprise exceeds its allowance it will have to have pay for permits by purchasing them from other permit holders. The penalties for exceeding an allowance are relatively small.

Each of the schemes have different floor prices ranging from 60 Yuan RMB (US$ 9.90) per tonne in Guangdong to 25 Yuan RMB (US$ 4.10) per tonne in Shanghai. Most trading appears to have been taking place close to the floor prices, with the exception of the Shenzhen market where prices have risen to higher than 70 RMB Yuan (US$ 11.55) per tonne, well above the floor of 28 RMB Yuan (US$ 4.60). These compare to carbon prices in Europe of around Euro 4.65 (US$ 6.30) per tonne in early January 2014 and prices in the range US$ 11-15 per tonne during the first year of California’s carbon market in 2013.

Whilst the ambition to introduce carbon trading is to be applauded, effective implementation will face a number of serious obstacles. First, the major energy users are large state-owned enterprises which have significant market power, soft budgetary constraints and a low cost of capital, and they often have close relations with local or central government. Second, the limited capacity and authority of the governing agencies may constrain their ability to monitor actors, administer the scheme effectively and impose penalties on offenders. Finally, most energy prices are still subject to direct or indirect government control, particularly in the electrical power sector, and the government continues to be reluctant to allow the prices of energy and industrial products to rise too rapidly. As a consequence, power generators may be unable to pass higher prices on to consumers.

As well as launching these carbon trading markets, the government may be planning to introduce a carbon tax. The Ministry of Finance has proposed that the carbon tax should be set at 10 Yuan (US$ 1.6) per tonne of carbon dioxide rising to 50 Yuan (US$ 8.0) per tonne by 2020. This proposed carbon tax was to be only one component of a package of tax measures aimed at energy and resource consumption and environmental damage. No further announcements have been made on the subject of carbon taxes since February 2013.

A carbon tax is likely to face similar obstacles in implementation as the carbon trading markets.  At the heart of the problem lies the profound mismatch exists between these two economic policy instruments (emissions trading and carbon tax), on the one hand, and the administrative and political nature of the way in which China’s government manages the energy sector. As a consequence, emissions trading and carbon tax are unlikely to bring about significant and sustained emission reductions until the major energy producers and energy consumers are further freed from state ownership and control, and until the government loosens its control over energy prices. If these policy instruments do succeed in reducing emissions, it is unlikely to be in the most economically efficient manner.