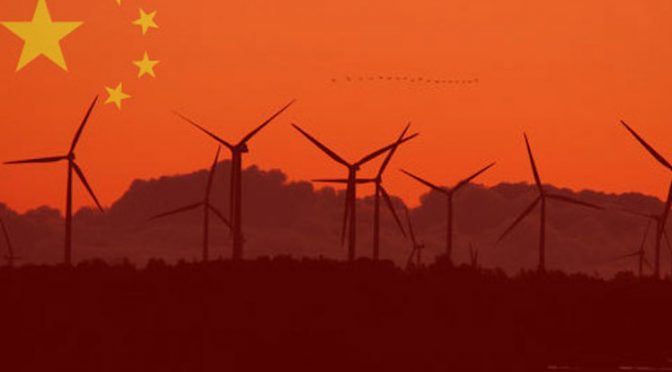 China’s government has taken a number of steps to reform its energy sector, diversify the number of actors and increase the role of market forces. However, the state retains a dominant position in the sector and so the impact of the reforms is likely to be less than hoped.

In April 2020, the National Energy Administration (NEA) published a draft Energy Law for public comment. A previous draft had been published in 2007, but no progress was made in finalising it. The justification for the Law in 2007 was the need to have an overarching energy law that stood above all the other laws relating to energy; e.g. the laws for electricity, coal, renewable energy and energy conservation.

As before, the 2020 Draft covers almost every aspect of energy policy, planning and management.  What is of greatest significance is the change of priorities. The 2007 Draft contained separate chapters on topics that were high priorities at that time, namely energy conservation, rural energy, energy reserves and energy emergency response. The 2020 Draft does not contain these chapter headings. Rather, energy conservation and rural energy are distributed throughout the text. An entire chapter is devoted to energy security, including the conditions under which energy reserves can be used.

Whilst the topic of domestic energy markets was addressed briefly at a number of places in the 2007 Draft, the new Draft has an entire Chapter on the topic, though comprising just 6 brief Articles. A further feature of the 2020 Draft is the priority given to renewable energy, the environment and ecological civilization.

The 2020 Draft Energy Law is not on the legislative plan to be considered by the current session of the National People’s Congress Standing Committee (2018-2023), but it is on the subordinate list of draft legislation that will be “submitted for deliberation once conditions become mature”. That being said, the Law is more a summary of recent policies, laws and regulations and cannot be said to be critical for the future development of the energy sector.

In response to the rising level of oil and gas imports (setting aside the effects of Covid-19), China’s government has been trying to increase the level of domestic oil and gas production. This includes unconventional resources such as shale gas and tight oil. One of the major constraints to raising production, aside for the unfavourable geological conditions, is the dominance of the national oil companies (NOCs) over resources rights and pipeline networks.

In order to diversify the number of companies involved in oil and gas exploration and production, the government in December 2019 removed the obligation for foreign oil companies to enter into production sharing contracts with an NOC. New rules will also allow the commercial transfer of resource rights and will oblige companies to relinquish rights that they are not using. These moves come some 40 years after international oil companies were first invited to explore for oil in China. However, this period has seen all the most attractive resources identified and exploited. Future opportunities of real commercial interest are likely to be few.

A second set of initiatives has been directed at the pipeline network. In the absence of a third-party access regime, oil and gas producers other than the NOCs have faced difficulties sending their products to market. The NEA introduced trial measures for third-party access in 2014, but to no effect. The final version of the measures published in May 2019 contains a number of ambiguities and weaknesses. Notably it does not define how “surplus capacity” will be estimated and appears to give the pipeline operator sole discretion on how to allocate such capacity. The measures provide for a pricing mechanism that may either be set by government or, when market –based pricing is introduced, be subject to negotiation. No implementing regulations have been issued as of April 2020. A key issue concerns the authority and powers of the NEA as regulator to enforce the provisions, to penalise non-compliance, and to resolve disputes.

A further initiative has been the establishment of the China Oil and Gas Pipeline Corporation, announced in December 2019 after months of speculation. Ownership will be shared between the State-owned Assets Supervision and Administration Commission (SASAC) and the three NOCs (Petrochina, Sinopec, CNOOC). A number of issues remain unclear at the time of writing. These include whether the new company will include all provincial pipelines as well as national ones, and what assets other than pipelines will be included in the new company, such as gas storage facilities and LNG receiving terminals.

The government is currently pressing forward with two even more ambitious market initiatives: an electricity market and a national carbon market.

Reforms announced in 2015 proposed a number of measures to develop an electricity market: the promotion of competition in power generation by allowing generating companies to negotiate directly with large customers; the introduction of pilot spot markets; a system for setting and regulating transmission and distribution tariffs; opening investment in and operation of new distribution networks to companies other than the two existing grid enterprises; and the introduction of competition in electricity retail.

Whilst it is still early days in the reform process, a number of challenges have already appeared. At the level of central government, the National Development and Reform Commission (NDRC) and the NEA are responsible for designing and implementing the reforms, as well as for regulating the emerging electricity markets. This arrangement is leading to confusion over objectives and to conflicts of interest, as well as precluding independence of regulation. Local governments have been interfering the market in different ways to protect local power companies. Finally, the grid companies have been able to use their strong market position to distort any emerging competition in distribution and retail.

China first introduced a number of pilot carbon emissions trading markets in different locations around the country in 2013. These markets varied in design, but most suffered from several deficiencies: over allocation of allowances leading to low carbon prices, low market liquidity, weak institutional infrastructure, and inadequate monitoring, reporting and verification. In December 2017, the NDRC announced the long-awaited nationwide emissions trading scheme that would be implemented in phases, with the first real trading taking place in 2020. Initially, the national carbon market will cover only the power sector. The government chose this sector to be first as it has reasonably good data, relatively few points of emission, and is the largest producer of CO2 emissions in China.

Regardless of the delays in implementation, the effective operation of the national carbon market faces a number of potential challenges: deficiencies in the legal foundation, inadequate coordination between government agencies and between different policies, a lack of robust regulation, and disruptive actions by local governments and power companies.

Impact of the Covid-19 pandemic

The Covid-19 pandemic will almost certainly delay or slowdown the implementation of these initiatives by a number of months.  At that time, it is likely that the market power of the major state-owned energy enterprises will have grown even stronger, further undermining the effectiveness of the markets. 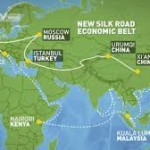 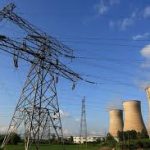