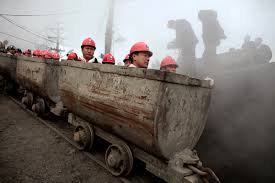 Coal continues to be the bugbear of China’s energy sector. When China’s current leadership took office in late 2012, they laid out a number of key policy priorities directly relevant to the energy sector. These included the broad goals of requiring state-owned enterprises to become more commercial in their behaviour, allowing the prices of resources to follow the market more closely, and delegating more authority to provincial governments to approve infrastructure projects. In the energy sector, the government set targets for capping the production and consumption of coal as well as for the growth in the deployment and consumption of non-fossil energy, notably in electricity supply. These targets arose from the urgent need to reduce air pollution, along with the desire to reduce greenhouse gas emissions.

An outside observer who had read these pronouncements and then returned to China in 2016 would be deeply perplexed. The production and consumption of coal have indeed declined from peaks in 2013 on account of the slowdown and restructuring of the economy. Nevertheless, policies specific to the energy sector have produced a number of unintended consequences which the government is currently grappling with.

The decline of the international price of coal since 2011 was a direct result of falling demand in China, combined with sustained high levels of production. The government took this opportunity to drive through their policy of reducing the production of coal by closing yet more small-scale coal mines and setting output quotas for the major state-owned mines. This was so successful that prices started to rise from the middle of 2016 due to a shortage of supply and a need to import more coal. The seasonal surge in coal purchases that preceded the onset of winter in 2016 led to a surge in coal prices both within China and across international markets, resulting in a doubling of seaborne prices to around US$100 per tonne by November. In response, the government ordered the state-owned mines to raise their production.

Further down the supply chain, the power generating companies were being squeezed between rising coal prices and static wholesale, “on-grid” power tariffs. The government could have allowed the wholesale and retail tariffs for electricity to rise, a step that would have been consistent with the long-term aim of enhancing energy efficiency. Instead, it put pressure on the mining companies to set “more rational” (i.e. lower) prices.

Two other features of the power sector have been undermining the government’s clean energy strategy. Measures to replace old, small-scale and inefficient coal-fired units with large-scale, efficient supercritical and ultra-supercritical plants has been highly successful, with direct benefits for efficiency and pollution. However, this success has been undermined by a separate policy decision in 2013 to relax the need for central government approval for many types of infrastructure project, including the construction of thermal power plants. This led to a surge of construction approved by provincial governments that brought 170 GW of coal-fired capacity online between 2012 and 2015, just as annual demand growth was slowing from 12% in 2011 to 0.5% in 2015. As a result, the average load factor of thermal plants declined from 62% in 2011 to less than 45% in 2015. By this time, a further 200 GW of coal-fired capacity was under construction and permits had been issued for an additional 55 GW. In response, the central government took back the approval process by issuing instructions to provincial governments to delay projects which had not broken ground and to stop approving new projects unless there was a clear local need. At the same time, the National Energy Administration issued a further list of some 70 GW of plants to be decommissioned by 2020.

The second issue relates to the ability of local governments to directly undermine central government policies. The Renewable Energy Law that was promulgated in 2005 and revised in 2009 obliged grid companies to provide access to the grid, not just connection but also dispatch and ancillary services. Regardless, local governments in some provinces have successfully pressurized grid companies to preferentially dispatch thermal plants rather than wind farms for two reasons. First, the number of hours of generation for thermal plants is still determined by local governments after negotiation to create annual plans which are then implemented by local system operators. Second, thermal plants employ more people and generate more local tax revenue than wind farms. As a result, wind energy has been dispatched first in only a few provinces.

What these and other events in China’s energy sector tell us is that the central government’s grip over certain aspects of energy policy is no stronger now that it has been for many years. Policy measures that involve strong administrative measures, the generous disbursement of funds and few powerful losers face a good chance of success. Those initiatives that lead to losses on the part of powerful interests are likely to be less successful, at least in the short-term. These interests include local governments and their constituents, as well as state-owned enterprises. In addition, the government appears to remain reluctant to accept the consequences of market fluctuations in energy prices when they negatively affect the wider population. China’s energy sector remains stranded between the plan and the market, with unpredictable consequences for international energy markets as well as domestic investors. The outlook for air pollution and greenhouse gas emissions is also less certain than previously realised.