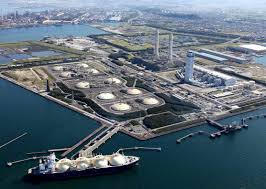 At the Energy Studies Institute (ESI) we have recently competed a study which examined the outlook for unconventional gas production in a number of countries around the world and, through modelling, evaluated the likely impact on global gas markets.

The last five years have seen an explosion of interest in unconventional gas around the world as a consequence of the shale gas revolution in the USA. Not only do these newly discovered unconventional gas resources add substantially to already known reserves of natural gas but they are also more widely geographically distributed than conventional gas reserves, giving hope to many countries that they may be able to secure new domestic gas supplies. In Europe, a few governments are keen to assess and exploit their resources, whilst others are more hesitant. Several Latin American countries are pressing ahead in assessing their potential resources. In the Asian region, Australia, China, India and Indonesia are seen as having substantial resources of shale gas and coal-bed methane.

The main motivations for these national programmes are energy security and economic competitiveness. In other words, a significant proportion of the new supplies of gas will be used to satisfy domestic demand, unlike in North America and Australia where incremental production is to be exported. It is likely that a number of countries will be successful in exploiting their unconventional gas resources and this will have a significant impact on regional and global flows of natural gas and on gas prices.

The aims of this project were to assess the likely levels of production of unconventional gas from different parts of the world over the period to 2035 and to evaluate the possible impacts on global gas flows and prices. The project was carried out in two stages:

The report can be downloaded at: