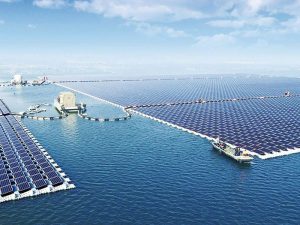 The COVID-19 pandemic has created what can be termed a critical juncture from the perspective of the low-carbon transition. Nations have the opportunity to use their economic recovery plans to accelerate this transition. Whilst some countries, generally the more developed economies, are putting forward green recovery plans, governments of many lower income countries are more concerned about short-term issues such as employment and livelihoods. As an upper-middle-income country, China might be expected to build on its recent successes and accelerate the pace of its low-carbon energy transition.

Like most countries, China has faced serious economic and social challenges in the wake of the COVID-19 pandemic. These challenges include economic growth, employment and poverty alleviation. The sources of these challenges are both domestic and international. The trade conflict with the United States is prominent among the latter. China continues to be the largest emitter of carbon dioxide from energy in the world. Until recently, the government has been relatively successful in constraining the rise of these emissions through a mix of economic, energy and technology policies.

This trend appeared to be under threat in October 2019 when Prime Minister, Li Keqiang, argued that China should make better use of its domestic resources of coal, oil and natural gas to enhance national security of energy supply, presumably in response to the trade conflict. In contrast, almost one year later, in September 2020, President Xi Jinping announced that China would achieve carbon neutrality by 2060. These two, apparently contradictory policy announcements, bracketed the launch and delivery of the national economic recovery plans.

The failure of COVID-19 to trigger plans to accelerate China’s low-carbon energy transition in the first months of 2020 suggests that there was general agreement among the political elites that policy goals other than the low-carbon transition were more important, notably short-term economic growth, employment and social stability. As result, no critical juncture occurred.

However, President Xi’s goal of striving for carbon neutrality by 2060 stands in dramatic contrast to this more conservative approach. It may also open up the divisions that existed among policy actors before the pandemic. In principle, these conflicts should render a critical juncture in favour of climate change mitigation more likely. However, a wide array of political, industrial and technological obstacles remain to be overcome. We will need to wait to see whether the 14th Five-Year Plan 2021-2025 will signal a dramatic change for the economy and the energy sector, as recommended by Chinese and international expert commentators, or continued incremental progress

In simple terms, the events of 2020 could yield one of three medium- to long-term trends. The juncture could become critical in a positive way. In this case, the pandemic, along with Xi Jinping’s announcement, would trigger an acceleration of country’s low-carbon energy transition, as it appears to have done in some other countries. Conversely, a focus on economic growth, employment and security of energy and material supply might render the juncture critical in a negative way by undermining recent achievements and boosting carbon emissions.  Finally, the juncture may not become critical in which case trends in the energy sector would continue as before.

For the full paper, visit https://www.oxfordenergy.org/publications/does-2020-mark-a-critical-juncture-in-chinas-low-carbon-energy-transition/