Nuclear energy is seen as playing a central role in the government’s strategy for boosting the share of non-fossil fuels in China’s energy supply to 15% by 2020, up from 10% at the end of 2013. Nuclear will also provide a vital source of electrical power in those coastal provinces that are short of other primary energy sources such as fossil fuels and hydro-electricity. In addition, the government is also planning use nuclear power for desalination, a priority which is likely to become increasingly important as the country’s freshwater supplies dwindle.

After a pause following the Fukushima disaster, the government relaunched the nuclear energy construction programme in December 2012, but lowered the target for the year 2020 from 70-80 gigawatt (GW) to 50-60 GW, since adjusted to “at least 58 GW”. Five new plants were put into commercial operation in 2014, bringing the total capacity to 21.1 GW in 23 units. All these plants are located in coastal provinces, namely Guangdong, Zhejiang, Jiangsu, Fujian and Liaoning. A further 25 units with an aggregate capacity of 28.5 GW are under construction, again all in coastal provinces, with Shandong, Guangxi, and Hainan as new locations. This would bring the total capacity to 50 GW by 2019 or 2020.

In early March 2015, the National Development and Reform Commission gave permission to the China General Nuclear Power group (CGN; previously the China Guangdong Nuclear Power Corporation, CGNPC) to construct two new units in Liaoning Province with an aggregate capacity of 2.3 GW, Hongyanhe 5 and 6. However, the project still needs the National Nuclear Safety Administration to issue its permit. Plans and sites exist for a further 36 units along the coast, totaling 38 GW. With each unit taking about 5 years to build, 2015 will be a critical year for completing the full approval process for new plants if the target capacity of at least 58 GW by 2020 is to be met. Whilst the nuclear energy companies might complain about the slow pace of approvals, government agencies face the twin challenges of trying their best to guarantee safety standards but at the same time being short of experienced staff.

This tension between companies and regulators highlights a fundamental quadrilemma in China’s nuclear energy strategies, between policies for energy, for the environment, for safety and for the nuclear power industry. As mentioned above, the primary drivers for the nuclear energy programme are electricity supply and clean energy. However, the Fukushima disaster, and before that the Three-Mile Island incident and the Chernobyl melt down, showed conclusively not only that accidents do happen but that they shake public confidence for years or decades. It is therefore essential for China’s government agencies to do whatever is necessary to ensure the highest standards of safety in the design, construction and operation of these new plants. To achieve this, the agencies are working closely with international organisations such as the International Atomic Energy Agency, the Nuclear Energy Agency and the World Association of Nuclear Operators.

The challenge of safety regulation with inexperienced staff is complicated by a number of factors. The first and most obvious is the sheer speed at which the sector is growing. The pace of construction is similar to that in the early years of France’s nuclear industry when more than 30 GW of nuclear capacity was commissioned between 1977 and 1985. French strategy involved focusing on one design. After the first nine units which were of Uranium Naturel Graphite Gaz design, all subsequent plants have been Framatome (now Areva) pressurised water reactors. This yielded economies of scale for both the companies and the government, in construction, operation and regulation. In contrast, China’s first 23 units are of five different designs. The 26 plants currently under construction are also of several different designs. Only in the plants that are due to start construction in the next 2-3 years will we see a focus on a single design, the Westinghouse Generation-III AP 1000.

In addition, China has a growing number of companies as plant operators. The first plants were operated by just two companies, CGN (previously CGNPC) and the China National Nuclear Corporation (CNNC). They then started to bring in other large Chinese power generators as partners, such as Datang, Huadian, Huaneng and China Power International (CPI). In some of the new plants, these companies will be sole operators in their own right. This multiplicity of actors further enhances the scale of the task facing the national safety regulators.

Rumours are circulating that the government might force a merger between CNNC and CGN. Whilst such a move would produce a single, large dominant actor in the domestic nuclear energy industry, carrying out such a merger at a time of rapid capacity expansion might prove to be an unwelcome distraction from the core task of safety management. A merger between CPI and the State Nuclear Power Technology Corporation (SNPTC) is also under discussion, but the aim of this marriage is to boost the industry’s competiveness in international markets, especially to export SNPTC’s Generation-III CAP 1400 units based on a Westinghouse design.

The long-term future of nuclear energy in China will depend critically on how the government manages the balance between energy, safety and industrial policies over the next few years. 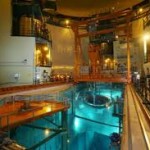 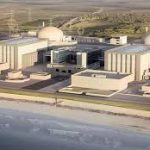