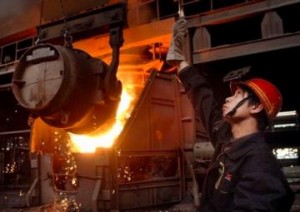 Professor Qi Ye of the Climate Policy Initiative at Tisnghua University presented a summary of the Annual Review of Low-Carbon Development in China (2011-2012). The study presented a quantitative analysis of the progross made by China in reducing energy and carbon intensity during the Eleventh Five-Year Plan (2006-2010) and identified some of the challenges in the current Five-Year Plan period.

Philip was the discussant and explained how China’s path to a low-carbon economy will be tightly constrained by the institutions of governance. These ideas are explored in detail in his forthcoming book “Energy Goverance in China. Transition to a Low-Carbon Economy” to be published later in 2012 by Palgrave MacMillan. A summary of the key message of the book can be seen at: http://www.transatlanticacademy.org/sites/default/files/publications/AndrewsSpeed_China’sLongRoad_May12_web.pdf

The Roundtable was attended by representatives of the State Department, the Commerce Department, the White House, the Environmental Protection Agency, the Senate, and the World Bank, as well as from a number of think-tanks and NGOs active in China’s energy sector.

China’s Long Road to a Low-Carbon Economy. Presentation in Beijing