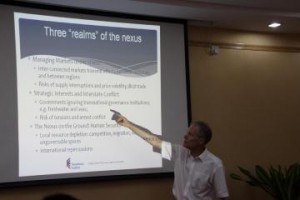 During July, Philip presented the report of the Transatlantic Academy to two different audiences in Beijing. The first talk was at the Carnegie-Tsinghua Center for Global Policy, which is based at Tsinghua University and is a partnership between Tsinghua University and the Carnegie Endowment for International Peace. The second event was a closed session with a small number of senior advisers to China’s government. At both sessions it was clear that a few individuals had already identified the nature of the challenges arising from China’s domestic resource nexus, but that much more effort needs to be made to raise awareness of the urgency with which policy analysis and policy making must be adapted.

To read the full report:

China’s Long Road to a Low-Carbon Economy. Presentation in Beijing 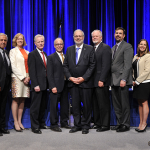