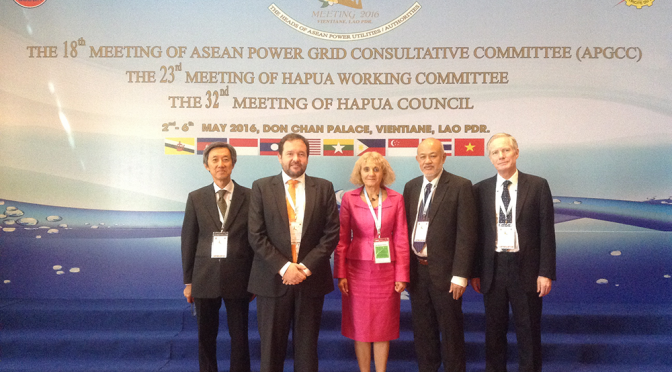 I was a member of a delegation from the ASEAN Energy Market Integration (AEMI) Initiative invited to participate in the annual meeting of the ASEAN Power Grid Consultative Committee (APGCC) on 3rd May 2016 in Vientiane, Lao PDR. The delegation included three academics from Chulalongkorn University (Professor Suthipand Chirathivat and Dr Nawal Kamel from the ASEAN Studies Centre, and Dr Charit Tingsabadh of the Centre for European Studies), and Mr Hans-Arild Bredersen, CEO of Nordpool Consulting.

The delegation explained to the APGCC how the Nordic approach might be adapted and applied to create an ASEAN electricity exchange, as has been achieved in Southern Africa. The invitation to present this idea arose as a direct result of the findings of the AEMI Forum hosted by ESI in Singapore in November 2015. (http://esi.nus.edu.sg/publications/esi-publications/publication/2016/03/08/energy-security-and-connectivity-the-nordic-and-european-union-approaches)

The next event will be a workshop hosted by HAPUA (Heads of ASEAN Power Utilities/Authorities) on 25-26th May 2016 in Jakarta, at which the modalities for creating an ASEAN electricity exchange will be discussed in more detail. 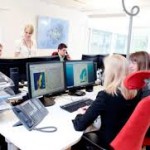 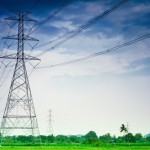 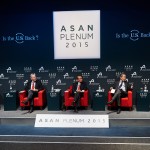