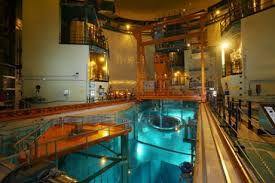 China presses ahead with nuclear energy, but challenges remain

Whilst the expansion of nuclear energy capacity has largely stalled in Europe, the USA and Japan, China is one of the few countries to be adding to existing capacity and has the world’s largest fleet of new plants. Total capacity of nuclear plants is likely to exceed 55 GW by 2020 and could reach 150 GW by 2030 if current plans are realised. However, most of the plants under construction and planned are based on new designs which have yet to be proven. Success in its domestic nuclear programme would put China in a position to be a dominant force in the construction of nuclear plants around the world.

China is one of the world’s original nuclear states, having tested an atomic bomb in 1964. Its first nuclear power plants, Daya Bay 1 and 2 and Qinshan Phase I, commenced commercial operation in 1994. Daya Bay consists of two French M310 units totalling 940 MW, whilst Qinshan is indigenously designed with a capacity of 298 MW. Between then and 2007 only 4.5 GW of additional nuclear capacity was added, including Russian and Canadian designs. Yet over the same period, the country’s aggregate power generation capacity grew from 200 GW to more than 700 GW.

The decision to boost the role of nuclear energy in the electricity mix came in 2005 and was motivated by security of supply needs. At that time, the economy was booming, energy demand was rising at more than 15% per year, and black outs were occurring across the country due to a shortage of generating capacity. By 2010, 21 reactors were under constriction with a total capacity of 21 GW, and a further 36 units planned totalling about 40 GW. Most of these were CPR-1000s, a Chinese design based on French second generation technology. Targets for total nuclear capacity by the year 2020 ran as high as 80 GW.

In response to the Fukushima disaster, the government suspended all construction of nuclear power plants, inspected all those in operation and under construction, and launched a review of its nuclear power strategy. This review resulted in a five-year plan for nuclear safety which included improving the safety of existing reactors and improving emergency response mechanisms. Cooperation with the International Atomic Energy Agency was enhanced to further support safety management. In addition, the government reduced the capacity target for 2020 to 58 GW and blocked proposals to site plants inland. The generation II+ CPR-1000 design was to be phased out in favour Westinghouse’s generation III+ AP1000 design, along with other advanced designs such as the France’s EPR, Russia’s VVER 1000, and China’s own Hualong One.

The government lifted the construction moratorium in October 2012. By the beginning of 2016 China had 30 units operating, totalling 27 GW, with a further 27 GW under construction. More than 40 GW are planned and the target capacity for the year 2030 remains at 150 GW.

The decision to continue the expansion of nuclear energy was driven as much by environmental concerns as those relating to security of supply. Not only was the government becoming progressively more committed to constraining the rise of greenhouse gas emissions, but it was also being pressed by the outrage of its citizens at worsening air quality arising from coal and oil consumption. Nuclear energy would provide a substantial supplement to the growing capacity of hydro-electricity and wind power to provide large amounts of low-carbon energy.

China’s longstanding research capacity dates back to its development of the atomic bomb and has allowed it to adapt and indigenise foreign designs for nuclear energy as well as to develop its own technologies. More importantly today, this capacity makes China one of the few countries which is pushing back the technological frontiers in attempting to develop pebble-bed and lithium technologies for commercial use, as well as floating and modular reactors.

The renewal of construction within China was accompanied by the start of efforts by the nation’s nuclear power companies to internationalise. At present, three companies have agreements or potential opportunities to build new plants overseas, namely China General Nuclear (CGN), China National Nuclear Company (CNNC) and State Power Investment (SPI). The host countries include Pakistan, Romania, Argentina, Turkey, South Africa and the United Kingdom. The designs include established ones as well as the untested Hualong One and CAP 1000. In addition, CGN is partnering EDF in the UK’s controversial Hinkley Point EPR project.

China faces a number of challenges as it presses ahead with its expansion of nuclear energy. These include:

The most immediate concern revolves around the safety testing of the pressure vessels for the French EPR design, two units of which are under construction in China. Likewise, the Westinghouse AP1000 and Chinese Hualong One designs remain to be proven in practice.  The ability of the industry to operationalise these designs at acceptable cost will determine the future of China’s nuclear energy programme both at home and abroad. 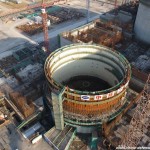