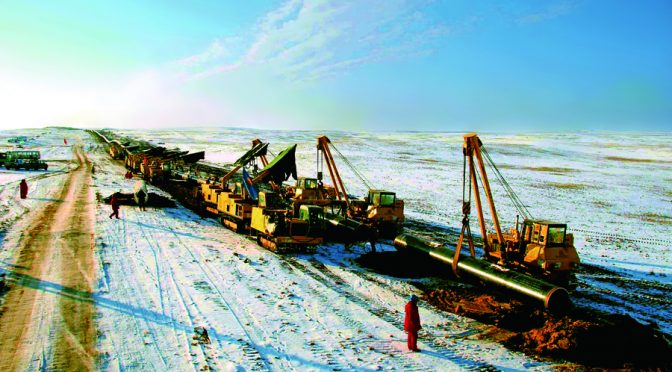 The national oil companies (NOCs), principally PetroChina, have played a central role in building up and operating China’s network of pipelines over the last 20 years. However, the dominance of these enterprises over the network and the lack of an enforced third-party access regime have undermined the effective use of this infrastructure. In particular, enterprises other than the NOCs have struggled to gain access to the network, a problem that has impeded the development of the country’s oil and gas resources, notably shale gas and coalbed methane.

Pressure has been building for the government to address these deficiencies. In response, in June 2019 it issued a final version of Measures for Fair and Open Supervision of Oil and Gas Pipeline Network Facilities that had previously been in trial or draft form. At about the same time, the government confirmed that it planned to create a state oil and gas pipeline company that would be separate from the NOCs. These two steps are intended to break the stranglehold of the NOCs on the oil and gas pipeline network, improve access to the pipelines and thus encourage investment in domestic oil and gas resources and in new pipelines.

The National Energy Administration (NEA) took the first step in 2014 when it issued the Measures for Regulation of Open Access to Oil and Gas Pipelines for a trial period of 5 years. These Measures set out a general framework for access by producers and users of natural gas to pipelines and other infrastructure such as receiving terminals and storage facilities.  It provided an outline of the procedures to be followed in applying for and granting access, on product quality and quantity, and on transparency and confidentiality. However, key weaknesses included the requirement for there to be surplus capacity in the network, without defining how this should be determined, as well as letting the pipeline operator set the conditions for access. The role of the NEA as regulator was not defined, beyond noting that it would set the price for access.

The 2014 Measures singularly failed to lead to any improvement in the accessibility to pipelines for third parties. As part of President Xi Jinping’s plan to reform the state-owned enterprises (SOES), in May 2017 the State Council issued Several Opinions on Deepening the Reform of the Oil and Gas Industry. The objectives included adjusting the balance between enterprises, markets and government, improving productivity, and giving markets a decisive role in the allocation of resources. The third of eight tasks involved the oil and gas pipeline network and included increasing the capacity of the network, separating the network from its parent companies, and providing third-party access.

Fifteen months later, in August 2018, the NEA issued a draft of Measures for Fair and Open Supervision of Oil and Gas Pipeline Network Facilities for public consultation, accompanied by Drafting Instructions for these measures. The new draft of the Measures was more specific than the 2014 version. It forbad pipeline operators from denying access to third parties. The requirements for information from the pipeline operators were more onerous and specific, including the need to provide information on available capacity on a monthly basis. Pipeline owners were required to operate their networks separately from their other businesses.  Further, the role and powers of the NEA as regulator were defined in greater detail, as were the contents of contracts for access.

The NEA issued the final version of the Measures for Fair and Open Supervision of Oil and Gas Pipeline Network Facilities in June 2019. These final Measures closely resemble the 2018 draft and possess similar ambiguities and weaknesses. Notably they do not define how “surplus capacity” will be estimated and, related to this point, appear to give the pipeline operator sole discretion on how to allocate such capacity. The Measures provide for a pricing mechanism that may either be set by government or, when market –based pricing is introduced, be subject to negotiation. One of the major weaknesses of the final document concerns the authority and powers of the NEA as regulator to enforce the provisions, to penalise non-compliance, and to resolve disputes.

The government was fully aware that the issue of third-party access was closely linked to pipeline ownership. So, when it issued the 2014 trial Measures for Regulation of Open Access to Oil and Gas Pipelines, it also put pressure on the NOCs to sell assets, including pipelines. Sinopec responded by selling 30% of its oil retail business for RMB 107 billion (US$17.5 billion) to a collection of 25 domestic and foreign investors. PetroChina announced that it would open six lines of business to non-state investors. It created a RMB 40 billion (US$6.5 billion) pipeline joint venture, PetroChina United Pipelines, with two Chinese asset management companies, Taikang Asset Management and Guolian Securities.

In November 2015, the ever-declining oil prices and need for cash finally drove PetroChina to sell a 50% share of its Trans-Asia Gas Pipeline Company to state-owned China Reform Holdings, raising about US$2.4 billion. This entity manages the pipeline system that carries gas from Central Asia to western China. One year later, Sinopec sold a 50% share in the gas pipeline that runs from Sichuan to East China to China Life Insurance and a subsidiary of the State Development and Investment Corporation for US$3.3 billion.

Whilst these moves were in line with the government’s call to divest assets, they were hardly following the spirit, for the NOCs still retained sufficient ownership to exert control over the assets, including the pipelines. As mentioned above, the 2017 Several Opinions on Deepening the Reform of the Oil and Gas Industry explicitly identified the need to separate the oil and gas pipelines from their parent companies. This launched a round of reports to the effect that China was about to establish a new national gas pipeline company. Early in 2019, the reporting became more intense and asserted that the National Development and Reform Commission (NDRC) had drawn up a plan to create a state oil and gas pipeline company, the plan being with the State Council for approval.

Details of the plan had not been published as of the end of August 2019. Unofficial sources indicate that there will be two sets of shareholders: PetroChina Ltd, Sinopec Ltd and CNOOC Ltd together holding less than 50% of the shares, with a raft of other institutional investors together holding a majority share. The new company would report to the State-owned Assets Supervision and Administration Commission (SASAC), in line with practice for other major SOEs. The shareholders would have no influence on over the appointment of senior managers nor the operations of the new company. Further, the three NOCs would have the same rights of access to the pipeline network as other entities.

Issues that are not clear at the time of writing include:

The effective implementation of third-party access will need rules that are far more detailed and precise than those issued in July 2019. It will also require forceful and transparent regulation of pipeline tariffs and rights of access. This task will be carried out by the NEA, in the absence of an independent regulator. Whilst it is desirable, in principle, for the government to create an independent regulator, the country has no previous practice of independent economic regulation. The only attempt in the energy sector involved the establishment of a State Electricity Regulatory Commission (SERC) in 2003. However, SERC never succeeded in wresting the necessary powers from the NDRC and, in 2013, it was incorporated into the NEA.

The three large NOCs are likely to collectively hold a sizeable minority share in the new state oil and gas pipeline company. Thus, a further challenge for the NEA will be to ensure that the NOCs are not able to exert any influence over the operations of the company. A major uncertainty is the future status of the various provincial pipeline companies and their assets. This will be a further determinant of the ease with which equitable third-party access can be enforced. Given the interests and economic rents involved, the full implementation of these policy initiatives could take a long time.

Written with my colleague at ESI, Dr Yao Lixia.