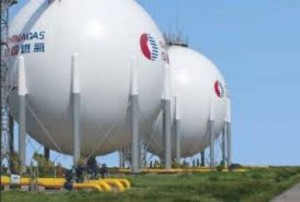 China will struggle to raise the share of gas in the energy mix in line with government targets.

Ten years ago, in 2004, when a new government took over, China faced a serious shortage of energy supply. Today, total energy supply can satisfy demand and the current priority in energy policy is to radically reduce air pollution by switching away from coal to cleaner sources of fuel. As in 2003, a new government has recently been installed and in September 2013 it issued an “Action Plan for the Prevention and Control of Pollution”. Though much has been made of China’s push for renewable and nuclear energy, gas will also play a major role. According to government plans, the share of gas in the primary energy mix is set rise from 5% in 2013 to 10% by 2020, and this supply will be met from a variety of domestic and overseas sources. This will require the total supply of gas to rise to more than 350 billion cubic metres (bcm) in 2020, up from 160 bcm in 2013.

Total domestic gas production amounted to 117 bcm in 2013, of which more than 30% was tight gas. Though, production from conventional gas fields may soon decline, the output of tight gas should rise from 40 bcm in 2013 to 80 bcm by 2020. Targets for the production of shale gas and coal-bed methane have been set at 60-100 bcm and 30 bcm respectively. In addition, a number of enterprises have bold plans to build coal gasification plants that could, if realised, produce 50 bcm per year by 2020. China’s imports of natural gas continue to grow, both as liquefied natural gas (LNG) to coastal cities and through pipelines from Central Asia and Myanmar.

At the same time as boosting supplies of gas, local governments in the north of the country continue to halt production at smaller scale coal mines, close cement factories and other industrial plants which burn coal, and ban the use of coal in their jurisdictions, as Beijing has done recently.

Whilst these measures are likely to be successful in the medium term, say over the period 2020-2025, a number of factors make the achievement of the short-term goals for 2017 rather difficult. These relate to domestic gas production, gas imports and coal use.

Whilst China clearly holds significant potential for unconventional gas, the rate at which the desired levels of production can be achieved is still far from clear. Testing of coal-bed methane has been going on for 25 years, yet production reached only 3 bcm in 2013. The target for 2020 is 30 bcm, but a range of technical and regulatory obstacles may yet prevent production reaching this level. In the case of shale gas, many analysts have observed that the goal of 60-100 bcm output by 2020 was unrealistic. There are now signs that the government may reduce this target by 50%. Coal gasification is also encountering potential obstacles. On the one hand, technical problems are delaying start-ups or even persuading enterprises to abandon projects. On the other hand, there is a growing appreciation of the environmental consequences of the coal gasification process and calls for tighter regulation. Taken together, these factors could seriously undermine the growth of domestic gas production over the next few years.

Now that China has signed a deal with Russia, the long-term future for gas imports by pipeline seems to be fairly secure. But appearances can deceive. The first pipeline from Russia is not due to be commissioned until 2021 at the earliest. The annual capacity of pipelines from Central Asia is set to rise to 80 bcm by 2020, which compares to 27 bcm of imports along this route in 2013. However, this flow may not grow indefinitely. Domestic energy demand may start to constrain the amount of gas available for export. This factor is almost certain to limit the amount of gas flowing from Myanmar. That leaves LNG as the most reliable option for boosting gas supplies. However, a surge of demand from China for LNG would boost international prices and render gas even less competitive compared to coal. In addition, many emerging centres of demand within China lie far from LNG import terminals and their use of this gas will require new pipelines to be built.

Finally, the local bans of coal use may have little impact on the gross level of air pollution in China, especially if the government continues to promote investment in infrastructure. All that will happen is that the sources of pollution will be moved westwards and northwards, and different sections of the population suffer. In the worst case, the wind will blow the pollution back towards the ‘clean’ cities.

If a number of these factors identified in this analysis act to constrain the availability of gas, then coal will fill any gap that appears between energy supply and demand, as it has always done in China. Coal is plentiful, it is cheap, and the infrastructure to produce, transport and use it is in place. Switching China from coal to gas and other clean fuels is essential and the government’s efforts are to be lauded. However, this is a long-term undertaking and short-term gaols may be missed unless the economy slows further.

China gas supply: stranded between the plan and the market