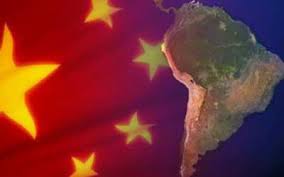 The current low level of international energy prices will not only affect China’s macro-economy and its domestic energy sector, as discussed in last month’s column, but it will also have some consequences for the country’s international engagement in the energy arena.

Whilst low prices have the potential to reduce the country’s bill for oil imports, the government has recently taking advantage of the situation by boosting the level of imports in order to fill recently constructed emergency storage tanks.  China’s imports of crude oil in December 2014 reached a record high of 7.15 million barrels per day and the total for the year was 308 million tonnes, nearly 10% above that in 2013. As well as responding to growing demand for transport fuel, this rise also reflects the recent growth of domestic refining capacity which has risen by more than 4 million barrels per day since 2008. This exceeds the rise in domestic demand and so refinery utilization rates have declined and exports of oil products have grown. But the short term surge in late 2014 was almost certainly due to the government filling its strategic storage tanks and companies adding to their commercial stocks. In November 2014, the government reported that Phase 1 of the strategic storage held 91 million barrels (about 12 million tonnes), close to its capacity of 103 million barrels. This recent phase of buying has probably added 100 million barrels to the Phase 2 and 3 tanks.

The fall in LNG prices could be seen as a boon to China, reducing its rising bill for gas imports as well as the losses suffered by the national oil companies (NOCs) which have to import at international market prices and sell at prices set by the government. However, demand for gas has slowed dramatically in China, as it has in Korea and Japan, growing by just 7% in 2014 compared to 15% in 2013. Onshore liquefaction plants lie idle and gas-fired power is expanding only slowly.  One consequence is that China’s LNG importers will find that their contracted supplies exceed the domestic market’s capacity to absorb the gas. Sinopec, for example, is reportedly planning to sell some of its contracted supplies of LNG from Australia to the international market

In the corporate scene, the national oil companies (NOCs) are probably getting ready to embark on another round of investment in overseas oil and gas assets in order to take advantage of cash-constrained international oil companies. This is exactly what happened after the global financial crisis in 2008. Between 2009 and 2012, the NOCs invested tens of billions of US dollars in acquiring companies and assets, notably in North and South America and in Iraq. The recent drop in oil prices is much more dramatic than in 2008 and poses China’s NOCs with a dilemma. On the one hand, they will be under some financial pressure, though not as severe as those facing international oil companies (IOCs). Profits from existing production will fall and some large development projects in which the Chinese are in partnership with IOCs will be delayed.  In addition, China’s leadership is requiring the NOCs to improve their financial performance and capital management. But at the same time, the government continues to press state-owned enterprises to accelerate overseas investment. So, one should expect the NOCs to be looking for attractive purchases, though they may be more discriminating than in the past.

Many of oil-exporting nations have been hit by the low prices and some, notably in Latin America, have called on China to help them meet their budgetary and infrastructure needs.  Beijing hosted leaders from the region in January at the first ministerial meeting of the Forum of China and the Community of Latin American and Caribbean States. Along with agreements to boost investment into the region and two-way trade, China agreed to provide substantial loans to a number of countries. Venezuela received US$20 billion and Ecuador US$7.5 billion.  These are in addition to earlier loans amounting to US$50 billion and US$10 billion respectively, largely repayable in the form of oil. China’s NOCs made their first investments in Latin America back in the early 1990s, but the real push came after the global financial crisis, since when they have spent more than US$45 billion in oil and gas assets in the region. This combination of commercial and diplomatic engagement may further enhance China’s influence in the international oil and gas arena, but it comes at a high price.

Switching away from Latin America to another oil dependent economy, one particular uncertainty relates to the gas import deals that China has struck with Russia: an eastern pipeline (“Power of Siberia”), for which a formal agreement has been signed, and a western pipeline (“Altai”), that has been agreed in principle. The collapse of oil prices combined with western sanctions raises questions about the Gazprom’s capacity to deploy the investment needed to develop the gas fields and build the pipelines. It is reported that CNPC withdrew its initial offer of a US$25 billion advance payment for the gas. Although Gazprom has large cash reserves and can still, in principle, raise funds from western sources despite the sanctions, it is may have to seek financing from Russian or Chinese banks. 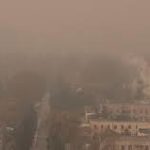 The long road to the China-Russian gas pipeline deal: the end of the beginning