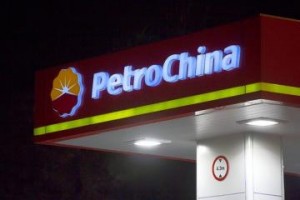 Since late August, Chinese people and China watchers have been agog at the detention of an increasing number of top officials, past and present, from the country’s national oil companies (NOCs), particularly from CNPC/PetroChina. A network of allegedly corrupt interests appear to have existed between a number of key individuals: between the recently imprisoned ex-Party Secretary of Chongqing, Bo Xilai, and Jiang Jiemin who, until recently, was head of the State-Owned Assets Supervision and Administration Commission (SASAC) and before that was President of CNPC/PetroChina; and between Jiang Jiemin and Zhou Yongkang, who recently stepped down from his positions on the State Council and on the Standing Committee of the Politburo and who was General Manager of CNPC in the mid-1990s. Four other senior managers from CNPC/PetroChina are also under investigation. The other large NOC, Sinopec, may not be in the spotlight now, but has had its own share of corruption scandals in the recent past.

These moves against individuals in or associated with the oil industry are part of a much broader campaign to root out corruption, rent seeking and waste. Whilst this campaign also has a strong political element in that it appears to preferentially target groups that are out of favour with the new government, it also has an economic component with the oil industry as one of the focal points. In part, this arises from the government’s frustration with the large NOCs (especially PetroChina and Sinopec) for using their duopoly position to engage in rent seeking and corrupt practices and, at the same time, appear to undermine government policy initiatives. As the wealthiest of all the state-owned enterprises, these NOCs also attract unfavourable comments from society at large.

The economic and political power of CNPC/PetroChina and Sinopec dates back to the pre-reform era when they were respectively the Ministry of Petroleum and the Ministry of Petrochemical Industries. CNPC and Sinopec were created as companies in the 1980s, but they retained their status as ministry-level organisations and acted as both regulator and operator: CNPC in the upstream and Sinopec in the downstream.

In 1998, the government embarked on another round of structural reform of the state-owned enterprises. At that time the influence of the World Bank appeared to be relatively strong and so steps were taken to break up monopolies, commercialise the enterprises, promote competition and seek partial listing on international stock exchanges. Although the idea was raised of splitting these two large NOCs into as many as five companies which would compete with each other, this step was not taken. Instead, assets were swapped to create two vertically-integrated oil companies, one with assets in the north and west of the country (CNPC) and the other with assets in the south and east (Sinopec). The productive assets were then separated into commercialised companies for listing (PetroChina Ltd and Sinopec Ltd).

Since this time, PetroChina and Sinopec have managed to increase their market power within China, more so in oil than in gas, by driving out local companies active in exploration, refining, distribution and retail. At the same time they have spent well over one hundred billion US dollars on overseas acquisitions.  In this they have been assisted in the early years by government tax breaks and the waiving of the obligation to pay dividends to the state, and all along by government policy support for overseas investment, soft budgetary constraints and generous, low-interest loans from state banks.

However, the NOCs have also had to contend with being a tool of domestic energy policy, suffering financial losses from oil refining and, more recently, from importing natural gas. As a consequence, the NOCs have the habit of playing games such as constraining refinery output or exporting the output when their losses from selling to the domestic market grow too high. More recently they have attracted approbation on account of their failure to upgrade their refineries sufficiently rapidly to meet the government’s schedule for improving the environmental quality of transport fuels. Over the last few years concern has also been growing that capital expenditure on overseas oil and gas assets has been excessive and out of control, especially in the case of CNPC/PetroChina.

These observations raise two questions: (1) will the government take advantage of the removal of these powerful officials to further reform the NOCs; and (2) if so, what shape might such reforms take?

There is little doubt that the government will find it easier to restructure the large NOCs now that these key individuals have been removed from office. These enterprises have long relied on their own quasi-ministerial status and on friends in high places to protect them. The new government has certainly been employing the rhetoric of economic reform and use of market instruments, though the extent to which this will apply to the energy industry is not yet clear. One piece of evidence that they do want to reduce the market power of the NOCs can be seen in the licensing rounds for shale gas which were explicitly opened to bidding from other Chinese companies.

If the government decides that they want to reform the oil industry, it faces a dilemma. To create a more competitive environment in the domestic market, one option would be to break up PetroChina and Sinopec into a number of smaller companies. But that would undermine the NOCs’ ability to compete overseas for the largest projects and become major international players, which is a key component of the government’s industrial policy. One half-way measure which would address some concerns would be to remove the service companies from the NOCs and make them into independent enterprises.   A more radical approach would be to force the NOCs to relinquish much of the exploration acreage they hold in China and open it to domestic and international companies. In addition, they could be obliged to sell off a proportion of their domestic assets (oil and gas fields, refineries, pipelines and gasoline stations) to foreign and domestic companies. I suspect that such radical measures would prove to be one step too far, even for the current government. It is more likely to take incremental steps to constrain the errant behaviour of the NOCs and encourage a focus on improving financial performance and capital management.