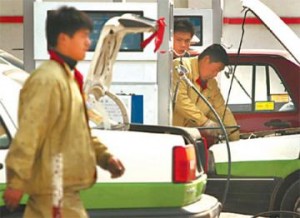 At the beginning of July, the China’s government announced a new pricing system for gas which will result in higher prices for most gas users. The new system is more closely oriented to the market than the previous system, but it also replicates the dual-pricing system that characterised China’s energy sector in the 1980s and 1990s.

China’s government has always faced one unchanging problem when pricing gas: very little natural gas in China is cheap. Either the geology is difficult, or the gas field is far from the where the gas is used, or the gas is imported from overseas. In addition, the country is blessed with an abundance of cheap coal. Until the late 1990s, most natural gas production was sold at low prices for local use or for fertilizer manufacture. There was little economic incentive to explore for and produce from new gas fields. The discovery of large, though technically-challenging reserves in the Ordos basin of north China combined with China’s new status as a net importer of oil triggered the realisation that gas should form a larger part of national energy supply. As a result, the prices paid to gas producers were raised significantly and end-users also had to pay higher prices. This new approach to pricing stimulated a nationwide search for new gas resources which led to a six-fold increase of annual production between 1995 and 2012.

China imported its first gas as liquefied natural gas (LNG) in 2006, and since then it has commissioned a further four LNG import terminals, as well as a major pipeline from central Asia and a small one from Myanmar. All of these import streams have a different price, mostly significantly higher than domestic prices.

Concerns over urban pollution drove the government to place priority on the use of gas in cities, for households, heating, transport and industry. Power generation was given a lower priority. By focusing on the provision of city gas, the government could oblige many users to switch from coal or coal gas to natural gas, despite the economic cost to the consumer. Likewise, the rise of oil prices in the last few years has made gas competitive with oil products for the transport sector.

Problems have arisen because the system of government pricing for gas has not been linked to either the domestic or international markets and, in addition, adjustments to the prices have been made very seldom. Previous occasions were in 2005 and 2010. These price hikes improved economic incentives for producers but at the same time undermined the competiveness of natural gas with respect to coal.  In times of high or rising energy prices, as in the early part of this century, the incentive to produce gas then progressively declines until such a time as the government decides to raise the prices again.

During the last three years, China national oil companies (NOCs) have suffered from an additional financial problem arising from the growing differential between the price of most of the gas they import and the domestic prices. Annual financial losses have run into the billions of US dollars.

The new pricing system, which is effective from 10th July 2013, raises the city gate price for existing consumption volumes by an average of 15% from RMB 1.69 (US$0.28) per cubic metre to RMB 1.95 (US$ 0.32) per cubic metre. Different categories of end-user will pay different prices, whilst residential tariffs will remain unchanged. Prices paid by fertilizer manufacturers will rise by no more than RMB 0.25 per cubic metre, and subsidies will be paid to farmers and taxi drivers.  The maximum increase allowed will be RMB 0.4 per cubic metre. In contrast to that for existing supplies, the price for incremental consumption will be linked to a basket of liquefied petroleum gas (LPG) and fuel oil.  This two-tiered approach to gas pricing is reminiscent of the 1980s and 1990s when prices for oil and coal were set in multiple tiers reflecting ‘in-plan’ or ‘above-plan’ output, with the latter reflecting market prices.

China’s NOCs are the obvious winners from the price hike, as their financial losses from importing gas should be substantially reduced, though PetroChina may still lose money from its central Asian gas imports. They will also have greater incentive to explore for new domestic reserves of both conventional and unconventional gas.

At the downstream end of the supply chain, industrial users of natural gas are concerned about their profits. Even before this price hike, gas-fired power generators faced tough competition from coal-fired plants. Their financial viability will now depend on what adjustments local governments make to the wholesale (“on-grid’) tariffs. The petrochemical and construction industries also rely heavily on natural gas. Whilst existing gas-using plants will probably have to absorb the price rise in the short-term, companies planning to construct new capacity with gas as a feedstock or to switch fuels to gas may think again. However, government pressure to use clean fuel and the unreliability of the domestic coal supply chain are likely to support the continuing growth of gas consumption in industry.

The most vulnerable sector is transport which has started to undergo a rapid expansion in the use of gas to fuel taxis, buses, trucks and coastal ships. Here the competition for gas is with oil products not with coal, and gas has been making significant inroads into this market on the basis of price, though with government support.

China’s government has deployed a sophisticated pricing system which could pave the way for eventual market-based pricing for natural gas, as has been the case with oil and coal. But it has to tread a careful path in order to encourage both the supply and the consumption of gas in a country with large resources of cheap coal.  We may expect further pricing adjustments in the coming months.