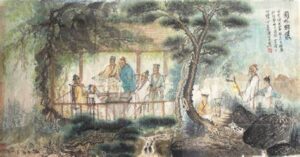 Many factors shape the development and implementation of public policy. These include political ideologies, the structures and systems of governance, state capacity, demographics, societal values and norms, and level of economic development. As a result, public policy has become an object of study in many disciplines, including political science, economics, public administration, law, sociology and anthropology. Nevertheless, a number of scholars have claimed that public policy analyses have generally failed to take into account societal culture adequately. Those studies that have focused on the role of culture have been directed more at the engagement of publics in the policy process than on the way the state formulates and implements policy.

This paper is explores how aspects of national culture may play a role in shaping the way in which public policies are designed and implemented using the example of energy policy in China. The analysis follows two lines of reasoning.

The first involves exploring the link between culture and cognition and highlights certain characteristics of traditional and contemporary East Asian and Chinese cognition. An individual’s cognitive style determines how they perceive, analyze and solve problems. The societal context of an individual, including the prevailing culture, is one of several factors than plays an important role in shaping their cognitive processes.

Neuroscience research shows that brains of individuals from different cultures operate in different ways, even to solve the same problem. Further, recent advances in genetics have revealed that such differences can be reflected in the genes. This would allow some shared cognitive features in a society to persist over long periods of time, as we see in China.  Thus one should not be surprised if those analyzing and solving policy problems take quite different approaches in different cultural contexts.

The second line of reasoning lies in how a society’s political and legal cultures may determine the nature of policy solutions and how they are implemented. Political culture shapes the manner in which political power is legitimized and exercised.

This is closely related to legal culture which determines how the political elites and wider society perceive the role of law, and how law and legal instruments may be used or not used to implement policy decision. Once again, aspects of a society’s political and legal cultures may have deep historical roots, as is the case in China.

China’s energy policies over the last 40 years display a combination of pragmatism, incrementalism, internal contradiction and ambiguity. These features are consistent with evidence from experimental psychology and ancient history that the development of Chinese and East Asian cognitive styles over the past 2,000 or more years have taken a path distinct from Western civilizations with their Greek philosophical heritage. That is not to deny a significant degree of commonality between cognitive styles, not least due to historically recent interactions. Rather, differences do exist and may sometimes be expressed in the design of public policy.

China’s imperial traditions of national governance date back thousands of years and only ended officially in 1911. However, the Chinese Communist Party (CCP) regime has adopted many of the attributes of the imperial political and legal cultures. It runs a highly centralized system of administration, in principle at least, with no formal constraints on its power. As was the case with past Emperors, the CCP’s legitimacy derives from meeting the needs of the people such as energy supply. Following imperial practice, during the opening up of the economy in the 1980s and 1990s the CCP released its tight hold over much of the economy but retained control of strategic industries, especially those that yielded rents. In the past it was salt, today it is energy.

However, President Xi is reversing this trend by demanding Party loyalty from all enterprises, public and private. China’s legal traditions are also thousands of years old. Despite significant reform over the last 40 years, the current legal system retains some features from the past. Notable in the energy sector is an almost complete absence of litigation concerning the failure of local governments or grid companies to promote renewable energy.

These lines of argument have a number of important implications for public policy in general and energy policy in particular. In the case of China, we should not expect substantial changes in the way the country is governed, especially in sectors like energy which are seen to be strategically important. Referring Oliver Williamson’s three levels of institutions, not only will new rules that govern transactions be constrained by the wider institutional environment, but the institutional environment itself will be constrained by the prevailing culture. As a consequence, most change in Chinese public policy will be incremental and follow a path peculiar to the country and its culture.

Barring a major political or economic crisis, we should expect the governance of China’s energy sector to show a high degree of continuity. The contradictions within policy statements between the importance of the public sector and the usefulness of markets will persist. State ownership will predominate. Whilst energy and carbon markets may develop gradually, they will be subject significant distortions as well as to policy reversals by the central government as it seeks to regain control.

Energy is too important to be subject to market forces and the central government and the Party will remain the final arbiter. The economic regulation of these emerging markets will lack independence. Command and control instruments will endure as the preferred tools for policy implementation and judicial processes will likely play only a minor role in curtailing the malpractices of local governments and state-owned enterprises.

The wider implications of this study are that culture plays a significant role in public policy in any country, sub-national jurisdiction or society, though the nature and potency of the constraints will vary depending on the specific history and culture. The significance of these observations is that they render even more challenging the task of transferring public policy models between countries with different cultures.

A further inference is that the “China model” of energy and economic governance is not easily exportable to other countries. That is not to say that specific achievements such as the deployment of renewable energy are not replicable, but rather that the manner in which this was achieved has been peculiar to China. Likewise, each society with its own political, legal, intellectual and social culture will address public policy in its own way.

Here is the 16-minute podcast:

To read the full paper and appendix, go to: The Energy Journal (iaee.org) 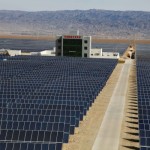 China’s energy policy and its contribution to international stability 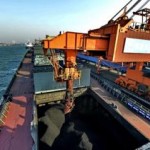 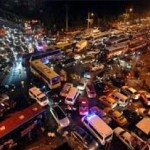