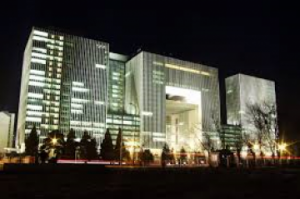 One of the stated priorities of China’s new government is to increase the role of market forces in those sectors where they are weak. Energy is one of these sectors and the main target so far has been the oil and gas industry. The national oil companies (NOCs), in particular PetroChina and Sinopec, are widely seen as having too much market power. This has led to accusations of weak capital controls, inefficiency, rent-seeking and worse.Over the last two years, the government has started to take a number of steps to bring the rigour of market forces to bear on the companies in order to address these deficiencies. One the one hand it is opening up more opportunities for other Chinese companies. On the other hand it has been raising the prices of oil products and natural gas to provide appropriate economic signals to the producers and users of energy.

We need to look back to the mid-1990s in order to understand how China’s oil industry has reached its current state. At that time CNPC and Sinopec were wholly state-owned enterprises, CNPC operating upstream and Sinopec downstream. Prices for oil and were controlled by the central government and natural gas was priced at very low levels to support the fertilizer industry. As a result, these two large NOCs were technically and financially inefficient, and burdened with a large number of non-performing assets, many of which had no relationship to the oil and gas industry.

The programme of wide-ranging industrial reforms launched in 1998 forced the restructuring of the two large NOCs. The government discussed the option of splitting the two companies into five companies, a measure applied in 2002 to the State Power Corporation, but chose a less radical approach. An asset swap created two vertically-integrated oil companies, CNPC in the north and west of China and Sinopec in the south and east, both with upstream and downstream assets. The second stage of reform involved the separation of productive assets into commercialised subsidiaries, PetroChina Ltd within CNPC and Sinopec Ltd within the Sinopec Group that were then partially listed on international stock exchanges.

These reforms had the desired consequences of raising money, transforming management incentives, improving technical and commercial performance, and creating the basis for international expansion. However, the government took no steps to develop competition within the domestic oil and gas markets. Quite the reverse. It helped the NOCs drive many local oil refiners and retailers out of business. During the 15 years since 1998, PetroChina and Sinopec have succeeded in reinforcing their dominant position in the domestic market, in onshore oil and gas exploration and production, in oil and gas pipelines and in oil refining and retailing. In addition, performance gains have stalled.

The first concrete step taken by the government to introduce competition in exploration was to classify shale gas as an ‘independent mineral resource’. This allowed the government to by-pass certain regulations which cover oil and gas, in particular removing the requirement for investors to cooperate with one of the Chinese NOCs and allowing Chinese private companies to participate. This paved the way for the second round of licensing for shale gas in 2012 which attracted bids from 83 companies and resulted in the award of 19 blocks to 16 companies, none of which were NOCs. Whilst this step has opened up opportunities to companies other than NOCs, these companies lack the expertise to explore and develop the shale gas resources effectively. Further, PetroChina and Sinopec will still retain the most prospective areas for shale gas unless the government forces them to relinquish their rights over large tracts of land.

A second task is to break to the monopoly control of NOCs over pipelines, an issue of particular importance for natural gas given the priority the government places on gas production from shale gas, coal-bed-methane and synthetic natural gas. Companies producing gas are obliged to sell their output to one of the NOCs that then transport it in their pipelines and sell it to city gas companies or end-users. This allows the NOCs to set the price paid to the gas producers and take much of the profit. In February of this year the government issued ‘Measures for the Regulation of Fair and Open Access to Oil and Gas Pipeline Networks’. But text is sufficiently ambiguous that the pipeline owners may still be able to discriminate against other companies unless the government takes robust steps to enforce the spirit as well as the letter of this measure and to regulate the tariffs.

A third approach proposed was to force the NOCs to sell some of their assets to private companies. Instead, this tactic has been diluted to encouraging them to introduce private capital to some of their subsidiaries. Sinopec has announced that it plans to sell up to 30% of its oil retail business to either foreign or domestic parties. The sale would certainly provide Sinopec with much needed cash and a generous return on its investments in retail stations over the past decade. If foreign oil companies take a large stake, they could help boost the performance of these assets. But by themselves such sales of stakes in assets will do little to reduce the market power of the NOCs. That can only be achieved by forcing the NOCs to sell the assets themselves not just shares of assets. 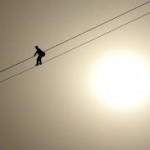