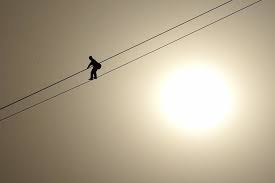 China watchers are always energised by the arrival of a new national leadership, and those who observe the country’s energy sector are no different. The Third Plenum of the 18th Chinese Communist Party Congress in November 2013 held out the promise of state-owned enterprise (SOE) reform and a greater role to be played by market forces. To pursue these economic reforms, the Plenum established a new Central Leading Group for Comprehensively Deepening Reforms, chaired by the President. Two years on, many observers remain bemused by the apparent contradiction between rhetoric and action.

Let us look first at the oil and gas industry. Since the new government took over in 2013, China’s centrally-owned national oil companies (NOCs) have been subject to five inter-related sources of pressure in 2015:

In the context of corporate reform, two themes have been prominent: to bring in private capital and to divest non-productive assets. In 2014, Sinopec sold 30% of its oil retail business and PetroChina created pipeline joint venture in the western part of the country with two Chinese asset management companies. The year also saw a slight rise in the number of privately-owned companies winning permits to import crude oil.  More recently CNPC has begun to dispose of a number of non-core assets such as hotels and taxi companies. There has also been a revival of the idea creating a single oil and gas pipeline company from the pipeline assets of the NOCs.

A third theme has embraced the possibility of undertaking mergers to reduce the number of centrally-owned NOCs from four to two. Similar mergers are taking place in the railway and aluminium industries, and are said to be under consideration for the nuclear power and steel industries.

None of these steps would appear to presage a dramatic reduction of state control over the NOCs, let alone a full privatisation.  This impression was reinforced by the State Council’s release of new guidelines for SOE reform on 13 September 2015. Rather than lay out a new vision, these guidelines appeared rather to be a restatement of the strategy for SOE reform pursued in the late 1990s. Whilst emphasising the need to commercialise and list on stock markets, and offering the opportunity for private companies to participate, the guidelines reiterated the need for Communist Party and the State to retain a leading role in those industries of strategic importance to the country, such energy. This leading role of the state was very much in evidence in September 2015 when a large state-owned, loss-making engineering company, China National Erzhong Group, received a bail-out.

Speculation over reforms to the electric power industry has been less prominent than that for the oil and gas sector, for a number of possible reasons:

As a result, rumours circulating two years ago that the State Grid Company would be broken up with separation of transmission and distribution seem to have evaporated, and there is no talk of creating an independent system operator. Instead, the State Council’s “Document Number 9” issued in March 2015 laid out plans for limited reform.  The central element of these reforms is to restart an experiment that was abandoned several years ago to allow large power consumers to purchase electricity directly from generating companies. The first steps were taken in Guangdong in 2014, and similar programmes have been rolled out over the course of 2015 in other regions such as Shandong, Hunan, Shanxi, Sichuan and Gansu. Transmission and distribution tariffs have to be approved by the National Development and Reform Commission. More recently there has been talk of creating a national power trading platform for generators and large consumers.

Whilst the government’s plans for corporate reform in the energy sector may appear ambiguous and modest, its stated desire to let market force operate in the pricing of energy is yielding more concrete results. The Shanghai International Energy Exchange will soon launch a new crude oil futures contract which some believe will join West Texas Intermediate and Brent as a third international benchmark for oil prices. Shanghai would also like to develop as a regional gas trading hub. In 2014 the government established seven experimental carbon trading schemes, and in his recent visit to the USA President Xi Jinping announced that a national trading platform would be put in place by 2017.

These and other ongoing steps to adjust the domestic pricing of energy will result in energy prices within China more closely reflecting international markets. However, many of the major actors in the domestic market will remain partly or wholly owned by the state, including both producers and users of energy, and the state will continue to exercise the right to interfere directly in markets and to maintain relatively tight strategic control over energy companies. As a consequence, it is difficult to assess the likely impact the national carbon trading market that is to be established by 2017.