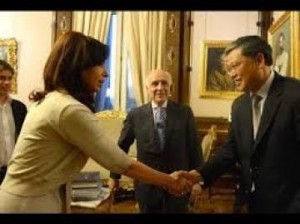 Over the last 20 years, China’s national oil companies (NOCs) have invested close to US$200 billion in overseas oil and gas assets across more than 50 countries. Most involve oil and gas exploration and production. A large proportion of this expenditure has taken place since the financial crisis in 2008 that lowered assets prices and obliged many international oil companies (IOCs) to raise cash. This rapid expansion of their portfolios of overseas investments has increased the management challenges for the NOCs, especially for CNPC/PetroChina which is the largest Chinese player in the international oil and gas arena. These challenges include political and security risks as well as routine project management.

Most IOCs review their investments frequently and sell assets which are underperforming. China’s NOCs do not appear to have done this, even as the scale and scope of their portfolios expand at ever increasing rates.  The news that  the China National Offshore Oil Company (CNOOC) is looking for a buyer for its 50% stake in the Argentinian company, Bridas, may be the first sign of a new pattern of behaviour. CNOOC appears to be responding to shareholder pressure to control capital expenditure and focus on financial returns. Over the last year we have seen similar exhortations from the government for state-owned enterprises, in general, and NOCs, in particular, to be more discriminating in their choice of investments and to generate greater profits.

The question as to whether China’s NOCs should rationalise their overseas portfolios by selling off some assets is not just a matter of corporate financial performance. Rather, it goes to the heart of the role of the NOCs in China’s economy. At home, the NOCs have fulfilled a number of important functions for the government. In addition to being the main producers and suppliers of oil and gas within China, they absorb financial losses arising from the low end-user prices for oil and gas, they construct pipelines, they employ large numbers of people, they act as partner to foreign investors, and they make significant tax and other payments to government. CNPC has also, in effect, taken on the role of local government when it has operated in remote areas of the country. This is not an unreasonable set of burdens to bear, given that NOCS are expected to carry non-commercial responsibilities, otherwise they would not have been created.

When the NOCs started to invest overseas, a clear corporate objective was to secure their long-term future given the perception that China’s remaining reserves of oil and gas were relatively limited in scale. The NOCs had to look abroad in order to replace reserves, let alone to grow. As petroleum was a pillar industry, the government was keen to support the companies in undertaking these projects. There was also a belief in some quarters of government that the possession of “Chinese oil” overseas would enhance the country’s security of supply. In addition, the NOCs could be used as tools of diplomacy in certain circumstances. As a consequence, the government provided political support to the NOCs when required and the state banks offered low interest loans.  Neither the government nor the banks appear to look too closely at the quality of the investments, and the NOCs were happy to take advantage of their low cost of capital and soft budgetary constraints to expand across the world.  As the NOC’s confidence grew and as asset prices declined, so the scale of the investments burgeoned to reach a massive US$15 billion paid by CNOOC for Nexen in 2013.Total overseas oil and gas production in 2013 reached 100 million tonnes of oil equivalent, though only a small proportion of this was shipped back to China.

Spending lots of money to buy an asset or a company is easy. Maximising the return from each investment is a much more difficult task, as is structuring the portfolio of investments in order to manage risk, capital expenditure and long-term financial return. In recent years, the Chinese companies have focused their investments on large projects in North and South America and in the Middle East. Central Asia also hosts some sizeable assets. If the government and shareholders continue to exert pressure on the NOCs to improve their financial performance, the companies should  direct their efforts to creating a portfolio of large, promising projects, and disposing of less valuable assets. This would require the NOCs to identify projects or countries where the risks are high and the returns are low. A number of African countries might fit these criteria.

So, is CNOOC’s move to sell its stake in Bridas a one-off phenomenon or the start of a trend? CNOOC is the smallest of the three large Chinese NOCs, has the largest proportion of listed shares, and has the longest exposure to international oil industry practices. Therefore it is not surprising that it is the first of the three to sell a substantial asset. But the test of the government’s new approach to NOC management will be seen in the extent to which the other companies follow this lead. CNPC/PetroChina has announced a 20% cut in its capital expenditure for 2014. This may augur better financial management, but tells us nothing about the overall management of its portfolio of overseas investment. But behind the issue of asset sales and portfolio rationalisation lies the more substantial question of the role of the NOCs in the economy. To judge from the pronouncements of the new national leadership, their centrality to the country’s oil and gas sector is unlikely to change dramatically in the near future.